I recently had the pleasure of reading Strike from Space: A Megadeath Mystery, by Phyllis Schlafly and Rear Adm. Chester Ward, published in 1965 by Pere Marquette Press.   Despite the title, it is (the authors assert) non-fiction.

The core argument of Strike from Space is that the god-damned dirty communists are plotting to take over the world by nuking America.   The fiendish Reds lured the United States into the Vietnam War with the Gulf of Tonkin incident, to trick us into spending money on conventional weapons rather than investing in strategic nuclear and space technology![SW]


Figure 1: Strike from Space - A Megadeath Mystery[Am]
(Fair Use)

Meanwhile, the godless bastards are plotting to destroy us all by placing gigaton-range nuclear weapons in space, which are so powerful they will destroy Strategic Air Command's bases when detonated in orbit!   Their follow-on attack with multiple-warhead ICBM's and bombers will then wipe the rest of us out!   And the liberal administration does nothing!   And why?   Because the traitorous bootlickers know the Soviets are plotting to conquer the world, and they want to surrender the United States with unilateral disarmament because they don't believe we can win!!!

I hope I'm managing to convey the spittle-flecked frothing nature of the prose here, it's pretty impressive.   Schlafly - who I suspect was the primary author - claims Robert McNamara, Paul Nitze, and the rest of the Washington establishment have cancelled such vital weapons systems as PLUTO, Dynasoar, and Orion and cut our strategic nuclear forces by 90%.   If you read closely you can see she's getting this figure based on total megatonnage.   It's true that McNamara did scrap most of the Atlas and Titan missiles - to replace them with several times as many Minuteman ICBMs, whose superior accuracy meant they didn't need 20-megaton monster warheads to destroy their targets.[SW] 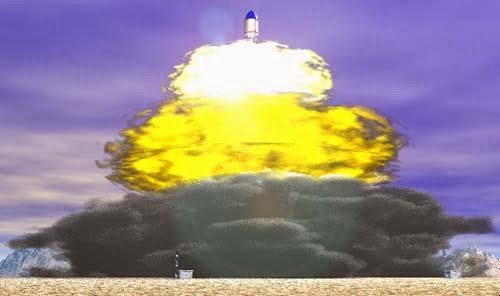 Figure 2: Phyllis Schlafly Wanted to Build This[Un]
Thanks to The Museum of Unnatural Mystery for the image
(Used with Permission)

Schlafly also provides a guide to "decoding" the pronouncements of such noted liberals as Henry Kissinger, revealing their true meanings - it turns out anyone who says we shouldn't nuke the Russkies immediately is actually calling for surrender.   To be fair, she also digs up a few of the more bizarre proposals from the nuclear think-tanks, who at times churned out some deeply odd ideas (like a US-USSR union - I wonder if that's where Jerry Pournelle got the idea).

Schlafly's solution to all this treachery is, of course, to bring back all the cancelled programs. She is especially fond of very high-yield weapons - she sees Tsar Bomba as the wave of the future, a prelude to gigaton-class space mines.   And, of course, Orion space battleships to carry them, along with bomb shelters and anti-ballistic missile defenses.   Also, while she doesn't actually call for the use of tactical nukes in Vietnam, she comes pretty close to it - she says we should at least threaten to use them in the next brushfire war, to deter the Soviets from starting any.   More terrifyingly, she also advocates a fail-deadly posture for the strategic nuclear forces - if our missile submarines are unable to communicate with Washington, she wants them to go ahead and start firing.

Anyway, check it out if you can find it.   It's a quick read and going for just 1 cent plus S&H on Amazon.[SW]