It is the (semi-)official policy of the National Oceanic and Atmospheric Administration that we should not try to nuke hurricanes.   (No, seriously, it is.)

We were not always so unambitious.

You can't just blast a hurricane apart with a hydrogen bomb.   Even an H-bomb doesn't pack enough energy; a typical hurricane puts out the equivalent of ten megatons every twenty minutes.[La]   Manmade devices just can't compete with the forces of nature - or can they?

An H-bomb can't blast a hurricane apart, but a megaton is still a lot of energy.   Perhaps one could find a fulcrum, a place to put that energy where it would have a disproportionate impact.   That was the thinking of Jack W. Reed, a meteorologist at Sandia Laboratory.

In the mid-1950s, Reed was studying the mushroom cloud produced by the IVY MIKE blast, the United States' first detonation of a hydrogen bomb.   Hot air rises, and the heat produced by the MIKE shot had lofted a column of air more than 20 miles into the upper atmosphere.   Reed had a long-standing interest in tropical cyclones, dating back to the 1940s when he had worked as a meteorologist for the Air Force flying on B-29s into typhoons, and he thought there might be a way to put this effect to good use.[Fl]

Reed proposed two different approaches.   One was to try to "steer" hurricanes by removing air blowing at high horizontal velocities, creating asymmetries that would cause the hurricane to curl away from land.   A second, more promising possibility was to use them to remove air from the calm eye of the hurricane.

The plan was as follows: a submarine would carry the explosives into the hurricane, running underwater until it reached the eye.   Once inside it would spend a day taking meteorological measurements to better refine the plan of attack.   After everything was ready, the sub would launch one or more missiles carrying thermonuclear explosives, then dive for protection from the blast and radiation.

The explosion would loft air from the eye into the upper atmosphere.   This would create an area of lower pressure, causing the eye to shrink, increasing the surface pressure.   Since the surface pressure is balanced by the centripetal force of the wind, this would reduce wind speed and therefore the damage done by the hurricane.[Re] 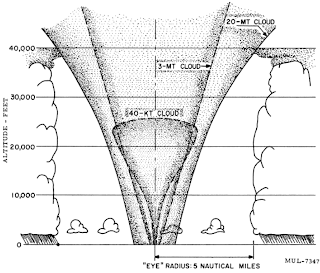 Figure 1: Volumes of Air Removed from Eye By Various Yields[Re]
(US Government)

After the shot, the submarine would remain in the area to record further data - in particular, to prove that any change in the storm was actually caused by the nuclear explosion and not a coincidence (this had been a persistent problem in previous weather modification attempts).   Reed's calculations suggested that a 20 megaton hydrogen bomb could slow a storm with 150 knot peak winds to 120 knots, and a 100 knot storm to just 50 knots.

Fallout would be minimized by using a device with a very low fission-fraction.   (Fission fraction is the percentage of the bomb's energy produced by fission instead of fusion; fusion produces almost no lingering radiation, so the more energy comes from fusion, the less fallout is produced.)   What fallout was produced would be lofted with the air into the upper atmosphere, where the worst of it would decay before falling to earth.[Re]   There is no such thing as a completely clean nuclear weapon, but nuclear hurricane steering would not necessarily be as radiologically hazardous as one might think.

Reed initially proposed the idea in 1956, suggesting an experiment be part of the International Geophysical Year in 1957-58.[Re2]   Later he discussed it as a possible project for the Plowshare program, the AEC's attempt to find peaceful uses for nuclear explosions,[Re] and at a 1961 meeting of the American Meteorological Society, but he seems to have been unable to gain any real traction for the proposal - he says it was regarded even in the 50s as "politically incorrect."[Fl]   The Partial Test Ban Treaty, which the US signed in 1963 and which prohibits any nuclear explosions that cause "radioactive debris" to cross international boundaries, would also have been a major barrier.

I have no idea if Reed's proposal would actually work.   But Reed, now retired from Sandia, still believes it would - in a 2004 interview with the Albuquerque Journal, he said "the physics of this scheme has never been seriously questioned."[Fl]

Aside: This is the first time I've participated in a blog chain; this post is part of the AbsoluteWrite September 2013 blog chain, with the prompt “Steampunk/Retro-Future”. It feels kind of like cheating since retro-future is basically all I do, but I'm not going to complain.

Other Members of the Blog Chain:

Orion_Mk3 at Excerpts from Nonexistent Books: From the Landship Massacre.
Ralph Pines at Neither Here nor There: Tomorrowland.
BBBurke at A Writer's Progression: Neverland.
ishtar'sgate at Chicken Scratch: Miranda's Folly.
Amberly at Life Family Magic: Untitled.
pyrosama at Diane Carlisle: What is Steampunk?
Angyl78 at J Elyzabeth's Blog: Untitled.